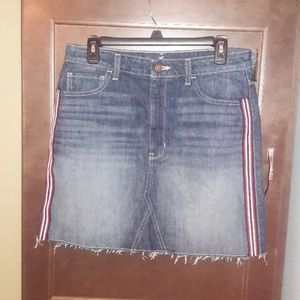 We've given away over $50,000 in funding to filmmakers to make their shorts. All based on one sentence. And that number doesn't even include in-kind prizes like post-production services or equipment rentals from our sponsors.

Why are we giving away funding? Our founder, Thomas Verdi, struggled to fund his indie film projects when he first started out. He entered contests and submitted to grants, but he quickly learned that established writers and filmmakers dominated most contests and funding opportunities.

The Film Fund was born out of this frustration with the industry. Contests, grants, and crowdfunding campaigns are great, but there's a simpler to way to fund a film.

We're providing funding up to $10,000 per project for short films in a way that's a lot simpler than screenwriting contests, crowdfunding, or applying to grants, because we're sick of seeing these funding avenues dominated by industry experts.

How to get funding for your project?

Craft and submit one sentence with a compelling premise that also conveys why you need this funding to achieve your vision. Our judges will choose the best one. Get creative capital to use for the production of a short, or use it as a film finishing fund. See examples here, and enter below.

Write one sentence that (1) describes the premise of your narrative short film and (2) explains how you'll use the funding to complete the film if you're chosen as a winner.

If you enter any of our contests, you get to join our exclusive film funding network at no extra cost. In this community, you can network with other filmmakers and producers!

Are you an international filmmaker without access to a credit or debit card? You can enter with PayPal by clicking the link at the bottom of the entry form. If you cannot use PayPal, we also accept Western Union for international entrants. For instructions on how to submit with Western Union payment, please email [email protected]

Enter our narrative funding contest below.

We also fund documentary short films. Scroll down to learn more about all of our contests.

Write one sentence describing the premise of your narrative short film and how you'll use the funding.

Write one sentence describing the premise of your documentary short film and how you'll use the funding.

How do I get funding for my film?

For our short film contests, write one sentence that includes two components-- 1) a compelling premise and 2) how you would use some of the funding to produce your film if chosen as a winner. Your entry must be one sentence under 200 characters, and you must submit it via the form on the respective contests' entry page (narrative or documentary). You can see all of our funding opportunitiesSALE! Haute Monde Super Plush Hoodie

Do I keep the rights to my short film if I win?

Yes, you retain the copyrights to all intellectual property associated with your winning project.

When will the winners be announced?

Finalists will be announced via email approximately one month after the final submission deadline for that respective contest period. Make sure you have [email protected] added to your email contacts!

I paid an extra $10 to receive feedback on my entry. When will I receive the feedback?

Feedback will be sent shortly after the final judging results are released.

TLDR: Yes. The big fests like Sundance and SXSW don’t care if your film plays online first, and more and more film festivals are following suit. But if you’re still worried, we can delay your online release. We realize this is a hot topic, and we don’t want to mess with your festival strategy. While you must provide us with a private version of the completed film immediately upon its completion, you do not have to send us a public version until one year after we send you the funding. You can send it to us after your film's physical festival run, or you can send it before the festivals in order to gain traction and pick up something like a Short of the Week or Vimeo Staff Pick. Up to you, as long as you send us the film within one year of getting the funding. Short of the Week is so cool that they’ve compiled some handy data concerning online film festivals and how they affect offline festival runs. We’re not quite an online film festival, but the same thoughts apply: “This is one of the biggest scares for filmmakers (it was ours, too). So we did the research and found that 2/3rds of the top film festivals will accept online films (66% in 2013). And with heavyweights like Sundance and SXSW leading the charge, this is clearly a growing trend. If you want to know about a specific festival, take a look at our Essential List of Festival Eligibility to see if the festivals you’re considering are online-friendly” (Short of the Week).

Do I need to give credit to The Film Fund?

Yes, and we'll be honored. We'll provide you with our motion graphic that reads "In association with The Film Fund." It looks cool, and it'll lend even more credibility to your project. Not that you're not awesome to begin with. 😀

What's all this about Auteurs?

We want to showcase films even if we didn't fund them. Filmmakers work hard, and we want to promote them. Submit anything related to your work here, and we'll feature it. Free of charge.

Depends on the day! Ask us here. Maybe we can ship you some leftovers. 👀

Can I enter a sentence idea for my film that's already in production but needs post work?

Can I enter a sentence idea for a web series?

Yes. A short film could serve as the pilot episode, right?

How do I receive the funding?

To maintain accountability, The Film Fund will reimburse individual expenses for your film after receiving expense reports, receipts, invoices, etc.

Where does the money come from?

Filmmakers like you who have also submitted their sentence to The Film Fund.

Why are you doing this?

We know there's a simpler way to fund films.

What kind of genres are you looking for?

Anything that has the potential to carry a good story. Horror, comedy, drama, documentary, anything. Absolutely no adult films under any circumstance.

Who are the judges?

Check them out at https://www.thefilmfund.co/judges/

Can I submit the finished film to film festivals?

I have no idea what I'm doing. Will you help me with budgeting?

Budgets will be different for each film, but we'd be more than happy to share a sample short film budget with you. Just sign up for our email updates with the button below! 🙂