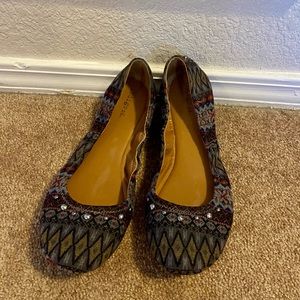 These Aztec pattern flats are in pretty much perfect condition! They have met all details along the front and are really comfortable. Price is flexible.
|||