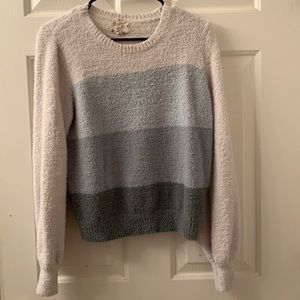 Super soft and comfy! Worn a few times but haven worn it in a while so it time for a new home! The color scheme is so cute I always got tons of compliments when I wore it!
|||